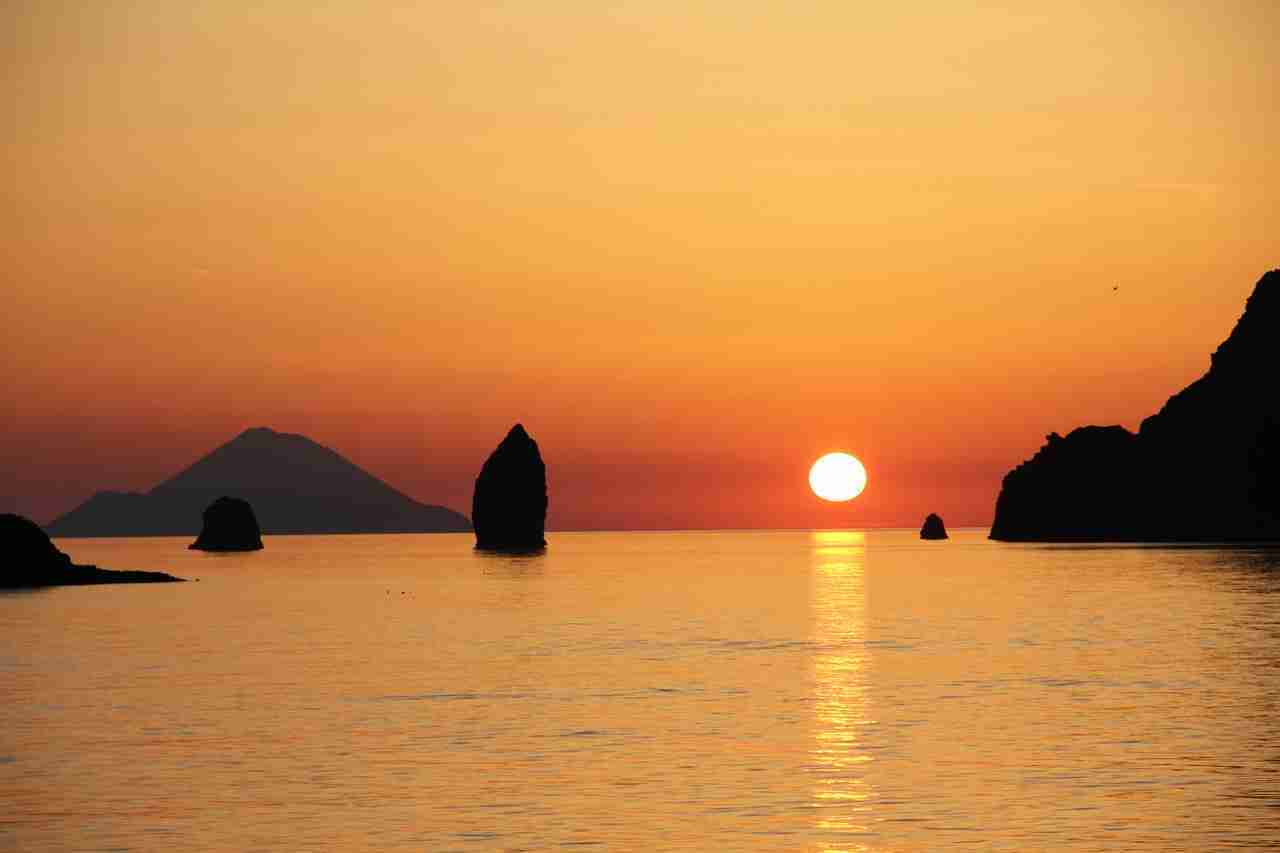 The Godfather Trilogy, Cinema Paradiso, and Il Postino (The Postman) are just a few of the many movies that are made with Sicilian influences. Traditions get blended into pop culture as time goes on, and that means you can find those in the movie spotlight.

Sicily is represented in movies through beautiful shots of the island, showcasing the brilliance of the skyline with volcanic and beach scenes. Food and music are important parts of any culture, and that is definitely portrayed in movies with a Sicilian influence and twist. And of course, the mafia. While it may be a controversial topic now in Sicily, the mafia has made its mark on many films…

So, here are 4 very Sicilian things you can see in the movies. Found more? Let us know in the comments!

Food is the cornerstone of most, if not all cultures, and that is certainly no different for Sicilians.

Family all coming together and meeting for lunch or dinner is a strong theme in many movies, and comes back to Sicilian traditions. With a mother or grandmother cooking traditional dish after dish for their families, the scene would make any one jealous.

And of course, Sicily’s famous dessert, cannoli; cannoli even got a shout out during a heated scene in The Godfather: “Leave the gun, take the cannoli“.

The beauty of Sicily has become the backdrop for many Italian and Hollywood movies. With volcanic views to expansive beaches and sea front, Sicily offers something for every filmmaker.

Il Postino is set on the Aeolian Islands, just north of Sicily, giving viewers a breath-taking view of the volcanic skyline.

Small towns set in from the beach with winding roads and open restaurants set the scene for the Sicilian based scenes of The Godfather. The iconic wedding scene gives moviegoers a look at wedding traditions in Sicily, with the walk through the town after the ceremony.

It’s hard to imagine movies without music to set the scene. Sicilian culture has had an influence on plenty of movie music as well.

Frank Sinatra is an American of Sicilian decent, and his songs like “New York, New York” and “Fly Me to the Moon” are a few of his classics that are featured in countless movies. Patti Lupone is a Broadway actress and singer, who is of Sicilian descent as well.

Sicilians have their own twist on traditional Italian folk songs and music, having more of a Mediterranean touch.

Everyone knows that the Mafia is Italian, but not as many would know that the mafia got its start in Sicily. Also referred to as Cosa Nostra (Our Thing), the Sicilian mafia began in the 19th century, and used to have a strong presence in small towns and villages across Sicily.

The mafia mentality moved to the United States with the waves of immigrants, and became prominent in the Italian sections of New York City.

This is how movies such as Donnie Brasco, GoodFellas, A Bronx Tale, and The Godfather trilogy came about. The dynamics of the mafia and families are the backbone of these movies.

The Godfather Trilogy shows the mafia in both the US and Sicily, and gives you a look at the way crime families hold a strong position in their communities. A Bronx Tale shows the struggle of families who try to avoid being involved with the mafia, but end up involved regardless.